Montreal is the metropolis of Quebec with its multiple cultures that make up a city of this size. Located in southwest Quebec on the island of Montreal, it occupies a strategic position along one of the largest rivers in the world, the St. Lawrence, at the heart of a river network covering all of eastern North America.

Montreal is a major industrial, commercial and financial centre, an important train and maritime transport centre. The city has an underground network of public transportation that takes visitors almost anywhere on the island of Montreal. The downtown area also has underground shops and stores. This underground city is the largest in the world. All in all, almost 33 kilometres of tunnels are found below the city.

Montreal is one of the largest cities in the world and boasts an international reputation. Its historical area, Vieux-Montréal, was declared a historic district in 1964. Montreal is currently considered to be the second largest francophone city in the world outside of Paris.

Since 1870, the urban zone has gradually extended beyond the city limits. Municipal mergers in 2002 brought the number of municipalities to 66 (2.1 million people).

Whether visiting a museum, cathedral, historic site, science centre, park or multicultural neighbourhood, Montreal has something for all of its visitors. 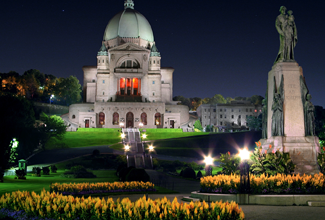 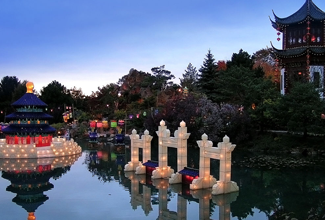