The Duplessis region encompasses the eastern part of the Côte-Nord administrative region (the western part is called Manicougan) and its best known cities are Sept-Îles, Port-Cartier and Havre-Saint-Pierre.

The vastness of the territory and the St. Lawrence estuary are amazing, as are the lovely flora and the huge sea mammals. The territory includes Sept-Rivières (Sept-Îles), la Minganie (Havre-Saint-Pierre), Caniapiscau (Schefferville) and the Basse-Côte-Nord (Blanc-Sablon). The last village connected by road to the rest of Quebec along the St. Lawrence is Natashquan.

The smallness and authenticity of these mostly maritime villages is unique, with beautiful landscapes on the banks of the St. Lawrence, and the famous “flowerpots”—rocks sculpted by the tides.

Several native communities inhabit the region, including the Uashat (near Sept-Îles) and Matimekosh reserves (near Schefferville and La Romaine (Basse Côte-Nord).

Fascinating rock formations on the Mingan islands and along the Whale Route extending the length of the St. Lawrence estuary draw tourists from June to September. More than 400 kilometres of coastline allow you to watch sea mammals and to kayak, camp, bike and hike.

The largest island in Quebec, Anticosti, offers hunting and fishing on its 8000 square-kilometre territory. With whales and other sea mammals of the St. Lawrence, the caribou who love the north, the moose that live on natural reserves and the bald eagle, wildlife in the Duplessis region is utterly spectacular. 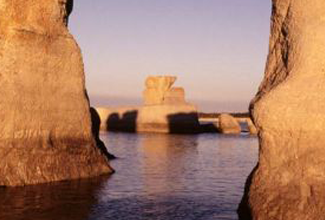 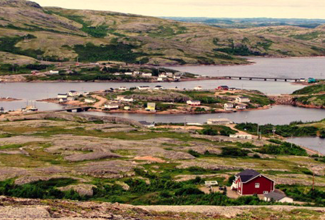 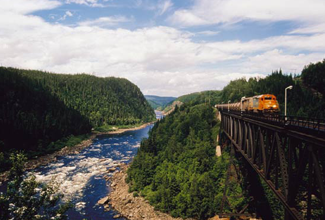