You just got your hands on the coveted home. The housewarming party was a success, the champagne flowed. While you’re celebrating, a beast was sleeping quietly, coiled up in a corner, with eyes half-open. It appears harmless, but if you don’t show it who the master of the house is immediately, the beast could chew up your budget until you end up bankrupt.

The beast is the mortgage you contracted. We all know that in too many cases, the mortgage takes control of the owner. Defeated, the owner ends up getting rid of the house with a heavy heart.

The Canada Mortgage and Housing Corporation (CMHC), an independent organization that protects homeowners, reminds you that if you want to keep your house for as long as possible, you have to tame your mortgage from the beginning and show it who the master is.[……] 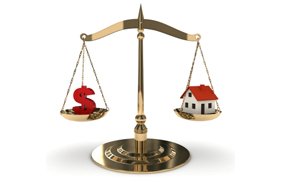 According to TD Bank Group, the answer is no. “Even if selling your home is a great way to increase your retirement income, and unless you want to adopt a much simpler lifestyle, it probably won’t generate enough money for your entire retirement. It’s important to have access to savings funds and additional investments, such as an RRSP, a TFSA, pension benefits or shares,” states a press release where, in conjunction with a questionnaire, the institution unveils the results of a survey on beliefs about retirement in Quebec.

It’s true that the net worth of a home represents a significant amount. Until recently a house could provide the owner with a comfortable cushion, but that no longer holds true today. [……]

Given the record debt of Canadian households, BMO Bank of Montreal suggests that owners opt for a mortgage loan with a 25-year amortization period.
“The shorter your mortgage, the less interest charges you’ll pay in the end. By choosing a 25-year amortization period, you free yourself from your mortgage quicker, and you can start to save more for your long-term objectives, such as financing your retirement,” the financial institution explains.[……]

If 29% of Quebecers who are on the verge of selling their home or who have already sold it to a new owner didn’t know the various mortgage loan options available in 2010, the percentage decreased to 6% in 2011. This means that Quebecers are now better able to make enlightened choices in terms of mortgage investment.

These findings were published in the last TD Canada Trust report on experienced home buyers.[……]