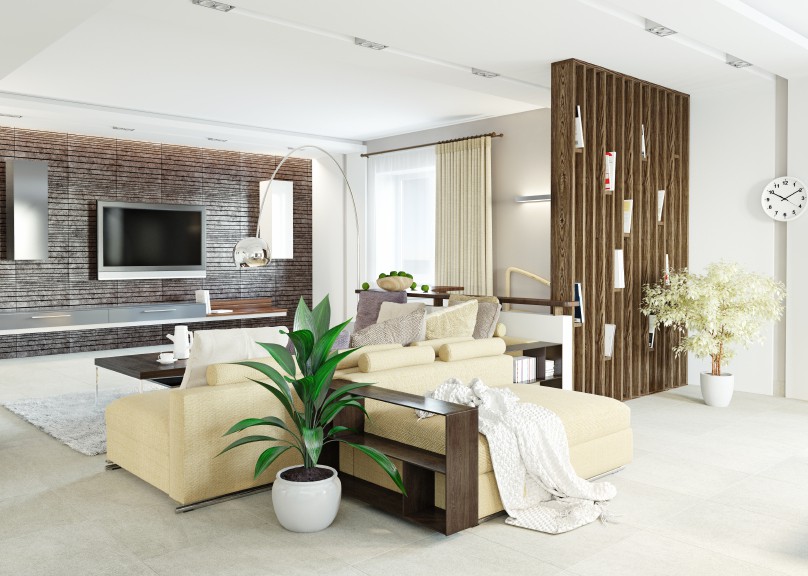 Mr. Batista’s model, a white 2012 sports car, was worth $1.3 million when he bought it. He had to sell it last year following a serious reversal of fortune.

Designer Charly Molinelli crushed a Ferrari that had been in accident to make a deluxe coffee table. He called it Crashed Ferra Table. The sides and the ornate frame around the central window are painted black. A look through the window shows that the designer wanted to draw attention to the front parts of the car: the license plate, Ferrari logo, stallion on two hind legs on a yellow background.

Seen on a trip to Berlin two years ago: a giant aquarium in a hotel, a room in the shape of a whale in a bank used as a meeting room and a tree trunk winding through a boutique. Other foreign bodies in a room that force us to stand still for a moment.

If you go to Paris some day, go to the Germain restaurant, just long enough to say hi to Sophie. Who is Sophie? An immense yellow sculpture stretching along two floors in the middle of the restaurant. She’s wearing a raincoat and high heels. The head (which is reflected in a mirror) and the chest are upstairs, while the pelvis and legs are on the ground floor. Since the sculpture is covered in lacquer, Sophie shines. She is the work of sculptor Xavier Velhan.

The most amazing part is that everything is laid out with taste. If it’s astonishing at first glance, at second glance you can’t help but think that it fits in fairly well with the decor. Just like the brown partition on the above photo which is used as a pigeon loft.

But that’s not always true. Especially in the universe of kitsch. In a living room of a modest apartment in Laval-des-Rapides, a neighbourhood of Laval, we saw a series of sculpted torsos They were white and massive. They looked Greek. All rooms of the apartment, including the living room, were quite ordinary. The numerous torsos came out of nowhere.

Why all of these foreign bodies in decoration? There can be many reasons: humour, tendency to want to confuse people or for the intrigue, narcissism.