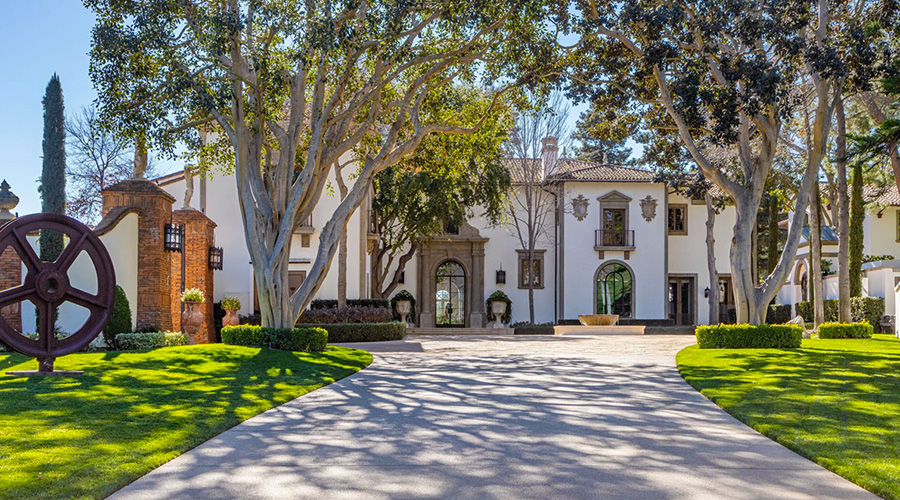 Perched in the mountains, the house offers breathtaking views of the canyons and the City of Angels. It was designed by American architect Richard Landry. The actor shares this opulent property with his wife Jennifer Flavin…  and probably some employees who ensure its maintenance! In 1990, they acquired the home, with its land area of 1.4 hectares and a manor of about 2000 m².

It is located in the Hidden Valley area, in a neighborhood filled with Hollywood stars.  Stallone’s neighbors are none other than Denzel Washington, Justin Bieber, Mark Wahlberg, and Eddie Murphy.

The house has eight bedrooms, a gym, a sauna, a cigar lounge, a projection room, a custom bar, an artists’ studio and no less than 12 bathrooms! Several rooms deserve our attention such as: 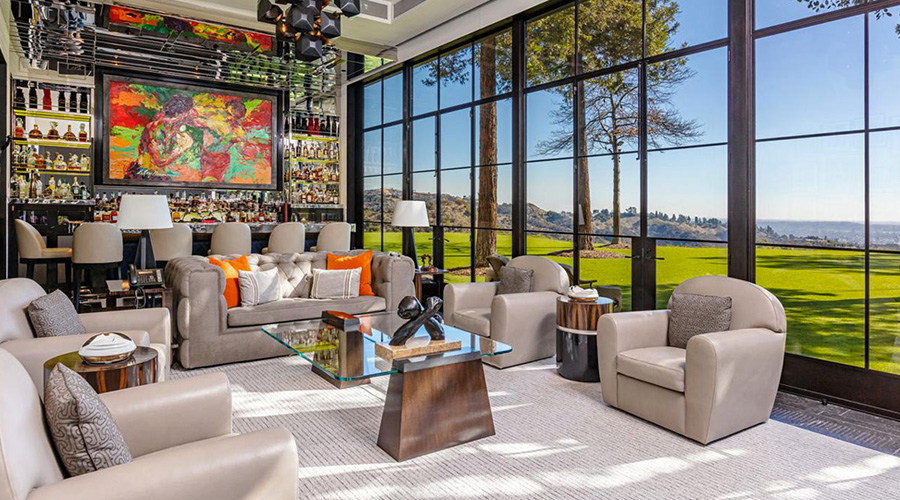 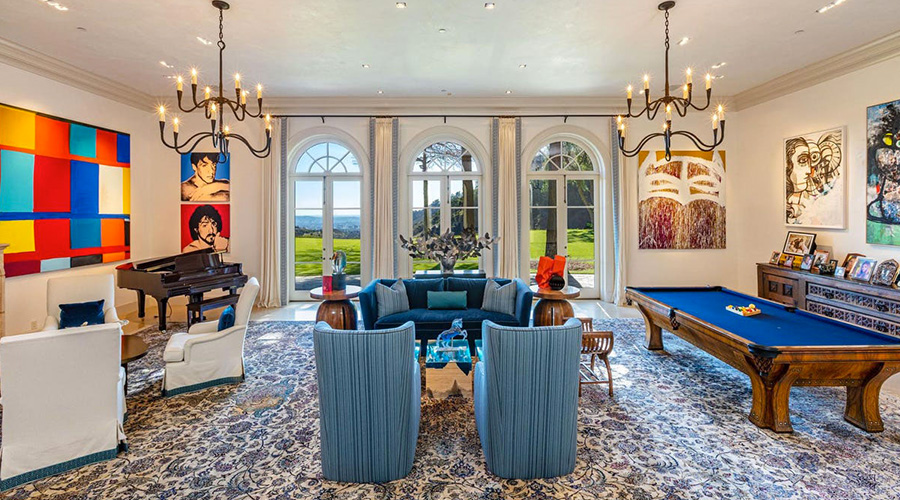 When looking at the photographs of the mansion’s rooms, one cannot ignore the presence of collectibles that recall different periods of Sylvester Stallone’s career.

One room that is used as an office is particularly beautiful. It is filled with sculptures and mythical items, such as the belt won by Rocky during a fight. Several other memorabilia also fill the library’s shelves.

A Guest House and an Impressive Yard

The property also has a two-story guest house that is separate from the main residence in order to offer privacy to its occupants. It has two bedrooms and a huge service wing.

The yard features an Olympic-size infinity pool, a large playground, a spa, and a welcoming, sunny terrace. Golf enthusiasts will be delighted to learn that it even contains a small course. 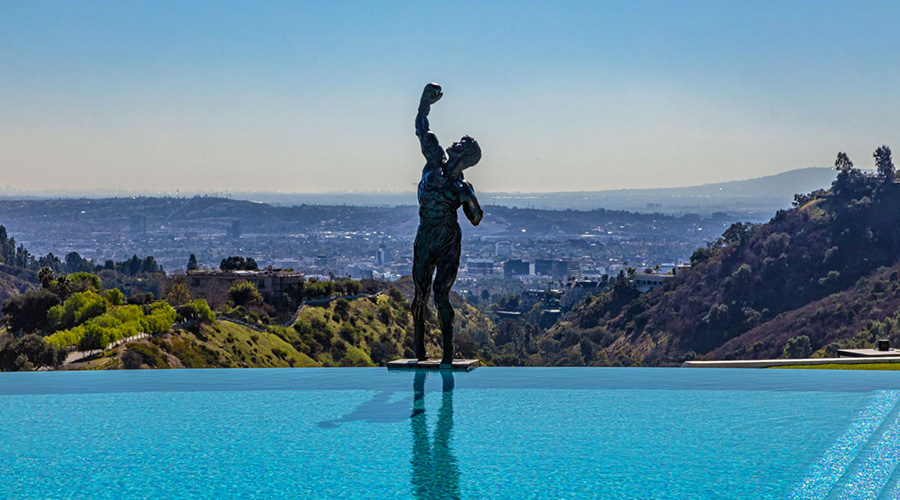 Sylvester and Jennifer decided to swap this Los Angeles mansion for a residence in Palm Beach, Florida, located by the sea. Since the mansion was put up for sale, several people have shown interest, including singer Adèle.