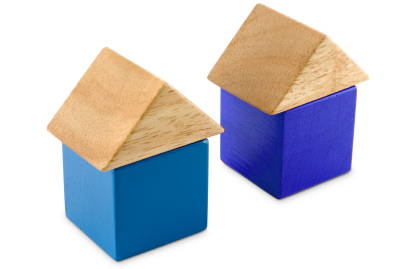 There are many reasons for buying a second home: you may be dreaming of a weekend place in the country, a chalet in the mountains, a downtown pied-à-terre for those trips to the big city or even a place for your children to live in while they’re away at university.

Whether it’s a seasonal getaway or a year-round home, National Bank’s Second Home Program will help you make your dream a reality.[……]

Farmers used to store their vegetables in an underground space in the middle of a field. Come fall, potatoes, cabbage, carrots and other garden produce was stored underground. Otherwise the vegetables were found under the house in a space known as a root cellar.

It’s quite likely that root cellars and natural caves still exist in Quebec. You just have to go for a walk far out in the country to find them. 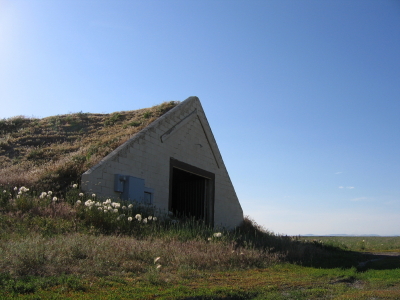 Anita was a romantic adolescent. She read romance novels and watched romantic movies. She saw passionate scenes (for that time at least) in front of the fireplace, the actors stretched out over a bearskin, usually white. Anita told herself that when she grew up she would have her own bearskin on which to lie with her lover.

Guess what? Anita has never had a bearskin in front of her fireplace. Times change, as do tastes. She became more pragmatic. She didn’t want to have to constantly clean a white fur that was likely to gather ashes and small flakes of wood. But animal skins are still popular in decoration, whether they’re real or not.

Those who believe that animal skins are only suited to country decors will be surprised by the modern look that a room takes on when it has an animal skin on the floor. Look at the photo. Isn’t black and white the modern trend?

Anita recently saw nice chairs covered in an imitation-leopard fabric. Amazing! She admitted that if she hadn’t seen them beside a black couch in a caramel coloured room, she never could have imagined such elegance.

Legions of owners install a backyard waterfall just to hear the sound of murmuring water when they need to relax. Others obtain an artificial waterfall, which is a kind of a trinket made of miniature rocks and running water that is placed on a table. All of these owners would be green with envy to learn that near Pittsburgh, Pennsylvania, a house is built over a real waterfall, in the heart of nature.

Let’s go back in time to the 1930s. Edgar Kaufmann, a prosperous businessman from the region, invites Frank Lloyd Wright to his home. At some point, America’s most famous architect tells the host’s son, who is studying architecture, that his parents deserved a much better home than the one they currently lived in.

At the time, the Kaufmann family owned a manor near a waterfall. When the home needed renovations, they remembered Wright’s comment and asked him to come up with a design. The architect visited the region and, upon returning, put his students to work.

When the architect unveiled his design, Edgar Kaufmann was flabbergasted. He was expecting a home to be built below the falls, facing them directly. An innovator at heart, Wright preferred to build the house over the falls. Initially unsure, Kaufman finally approved.

The project’s originality and Wright’s boldness led to numerous conflicts between the architect, the Kaufmann family, the engineers and the construction company, especially when it came to construction of the bridge and foundation. But the Kaufmann house, also called Fallingwater, would go down in history, and became a museum in 1964. It’s considered to be a masterpiece of harmony between man and nature, which Wright called organic architecture. Smithsonian Magazine has placed it among the 28 places to visit before you die.[……]