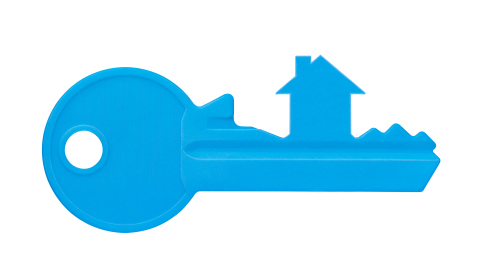 The purchase of a first house involves reflection and planning. By following the proposed stages, you will put all the chances on your side to make your project a success. More details for these steps are available by clicking the following links, or go to National Bank’s website www.nbc.ca

Estimate how much National Bank could give you to buy your property.

A hotel located at the junction of two rivers with a rich history, the Blue Nile and the White Nile, cannot be massive, brutal or ugly. It can only be light, aerial, and futuristic. Qualifiers that the Corinthia Hotel Khartoum, also called Burj al-Fateh, proudly wears.

Plump and round, the 5 star hotel is shaped like a sail inflated by the wind of two rivers. That was supposed to be the architects’ original idea. Are we wrong?  Since we’re on the topic, let’s put forth another hypothesis. The architects were inspired by the famous Burj al Arab sail, the 7 star hotel (classification not officially recognized) inaugurated in December 1999 in Dubai. The Khartoum hotel opened its doors on August 17 2008. The work began in 1994. 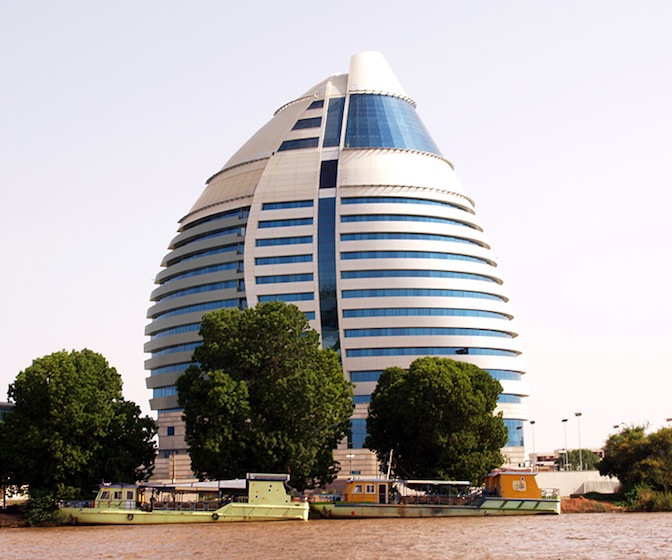 Using the sail concept not new. The city of Barcelona, Spain also set sail with its Vela Hotel. Donald Trump was also tempted by the onshore wind with his Trump Ocean Club International Hotel and Tower in Panama. Other buildings carried by the wind include the Vasco da Gama Tower and the Spinnaker Tower in Portsmouth, Great Britain.[……] 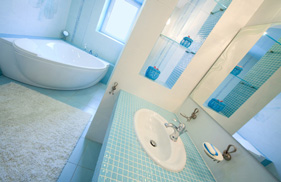 Today, kitchen countertops come in several finishes that meet the requirements of all decors and all budgets. Whether you opt for moulded, wood, concrete, quartz or natural stone countertops, all of these finishes have advantages and disadvantages.

Here are the steps to follow if you opt for a ceramic countertop. Make sure that you have a suitable surface, preferably a plywood panel at least three-quarters of an inch thick. The panel must be firmly attached to the cabinet to reduce any risk of movement at the base of the ceramic. Take the time to place ceramic tiles various ways. If you have a counter with one or more corners, start your pattern in the corners. This will enable you to find the pattern that suits you. [……]

Glass is often used in decoration: vases, knickknacks, lamps and stained glass windows. We often use it to erect a low wall in a bathroom to separate the toilet from other sanitary fixtures.

However, glass isn’t used very often as the base material for staircases. But if you look at the photo, you can see that it has quite an impressive effect. 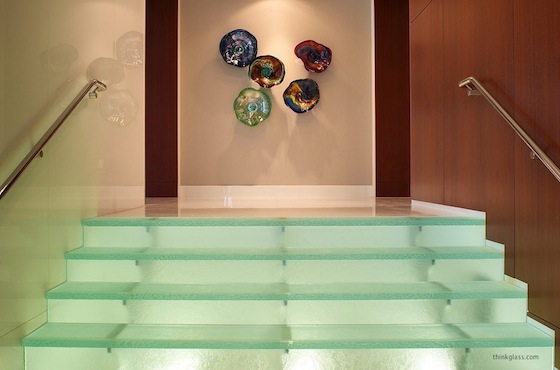 Wikipedia reminds us that glass is a very solid material. Primarily made of sand, of which there is a virtually inexhaustible supply, it’s ecological, especially since it doesn’t need a sealant. Its rot-proof and inflammable, which makes it very long-lasting.

And talk about durability! Glass panels measuring one and a half to four inches used in stairs are stronger than stone or granite. The thicker the glass, the stronger it is. Since glass isn’t porous, it’s easy to maintain.[……]