According to a survey for Desjardins General Insurance, 35% of 18 to 34 year-olds in Quebec don’t have home insurance. The percentage for the rest of the population is 23%.

Why are people in Quebec not insuring their home, especially young people?

However, Desjardins General Insurance says that it could cost less than 65 cents a day. One figure that may help us see clear: about half of renters age 18 to 34 who don’t have insurance don’t know what civil liability is.[……]

For the last thirty years, our European friends have been perfecting their knowledge in terms of natural residential pools and ponds. Their expertise is crossing the oceans. 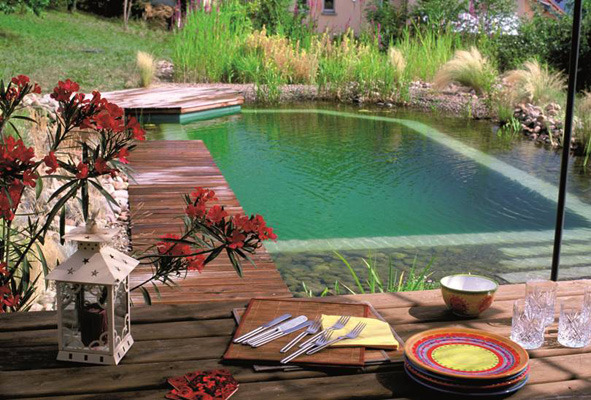 You’re probably telling yourself that you don’t need experts to create a natural pool. All you have to do is dig a basin surrounded with rocks and a few aquatic plants to filter the water. A pump collects the pure water and sends it to the main basin and it’s done.

Chandeliers have symbolized luxury and wealth since time immemorial. You probably can’t resist a chandelier that shines with a thousand lights. Isn’t it magic?

Chandeliers from yesterday to today.

According to Wikipedia, in the Middle Ages chandeliers were held by a chain or rope that could be descended to light candles set on branches of wood.

Metal chandeliers appeared in the XVth century*. Their more impressive new shapes made them symbols of luxury. The addition of prisms and crystal pendants became popular three centuries later. In the XIXth century, gas lighting replaced candles for less than a century before the advent of electric bulbs.

When you take an interest in world history, you often discover differences. For example, in North Africa, the biggest chandelier in a mosque has been housed in the Great Mosque of Taza since about the 12th century*. The 3.2 tonne delicately worked bronze chandelier is cone-shaped. It is 2.5 metres wide and 4 m high. Originally, passers-by were dazzled by 514 oil-filled chalices (godets). Today, the godets have been replaced with electric light.

Other famous chandeliers dazzle the world.[……]

Land scorched and burned by a forest fire gives us blueberries to savour; roses may rise from a pile of manure; from the no man’s land on either side of the Berlin wall, where hundreds of men, women and children were killed trying to flee communist Germany, a blast of light and an explosion of colours known as the Sony Center has arisen.[……]