Us Via Capitale bloggers search the world for unusual buildings. Yet we have a building in our own backyard that causes tourists to look twice when they come across it. We see it because it’s been part of the landscape for almost half a century: Habitat 67.

Take a look at it and you will quickly include it in the category of unusual buildings, because it really is! The architecture of cubes piled haphazardly on top of each other borders on the grotesque, somewhat like the works of Gaudi in Barcelona.

If you find the word grotesque irritating, you should know that none other than Victor Hugo once declared: “As a means of contrast with the sublime, the grotesque is, in our view, the richest source that nature can offer.”

Built as part of Expo 67, of which one of the themes was housing, Habitat 67 is a product of the era’s obsession with building vertically to respond to the growing urban density. It’s kind of a futuristic solution to coming needs.

The pavilion has been visited by thousands of people from around world. After it was used by the federal government, the complex was converted into condos in the 1980s.[……] 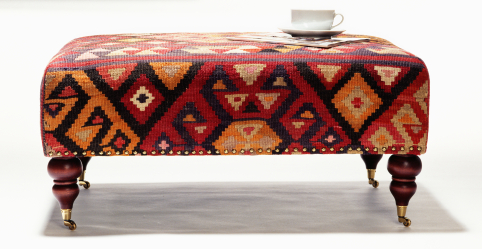 The first picture that comes to mind is the Moroccan pouf. Stars, colours, leather—Moroccan poufs add an exotic touch to your decor.

A bit of history.

According to the Grand Robert, the word pouf first appeared in 1458. The word is an onomatopoeia that evokes a fall. The modern definition of pouf is “A large firm cushion used as a low seat or footstool” (Canadian Oxford Dictionary). The ones with legs are generally called ottomans or footstools. The definition dating from 1829 might be more appropriate for today: “A large, low stool, generally cylindrical, and covered with thick upholstery.”[……]