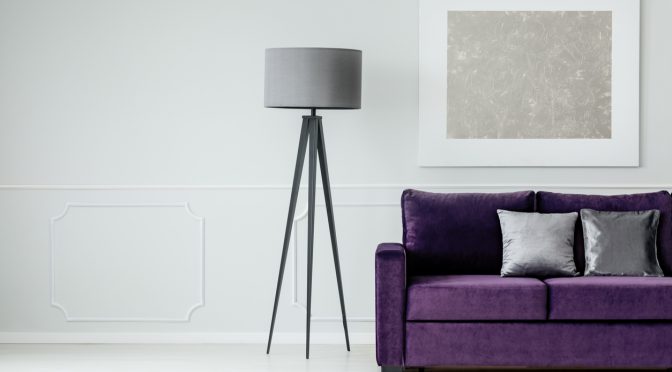 Absolutely majestic! Include a myriad of velvet accents and upholstered leather furniture to your bedroom or living room and you will achieve a captivating design, especially if you add a touch of satin to the decor. Classic elegance, you say? Better! A heavenly space.

Velvet fabric and upholstered furniture, side by side, offers ultimate elegance. It’s timeless. Even after centuries, this style is still in vogue. A long time ago, in palaces and mansions, marble was also part of the decor, and that says it all. Elegance attracts elegance.[……]

Anita was a romantic adolescent. She read romance novels and watched romantic movies. She saw passionate scenes (for that time at least) in front of the fireplace, the actors stretched out over a bearskin, usually white. Anita told herself that when she grew up she would have her own bearskin on which to lie with her lover.

Guess what? Anita has never had a bearskin in front of her fireplace. Times change, as do tastes. She became more pragmatic. She didn’t want to have to constantly clean a white fur that was likely to gather ashes and small flakes of wood. But animal skins are still popular in decoration, whether they’re real or not.

Those who believe that animal skins are only suited to country decors will be surprised by the modern look that a room takes on when it has an animal skin on the floor. Look at the photo. Isn’t black and white the modern trend?

Anita recently saw nice chairs covered in an imitation-leopard fabric. Amazing! She admitted that if she hadn’t seen them beside a black couch in a caramel coloured room, she never could have imagined such elegance. 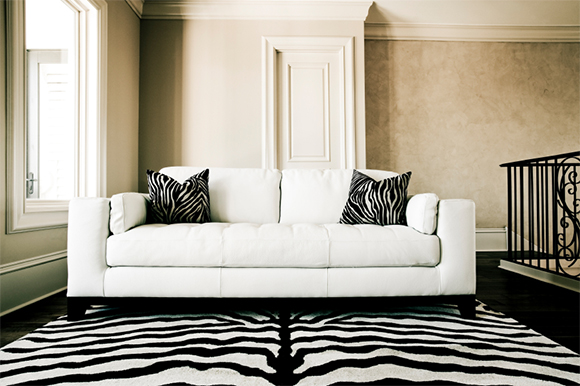